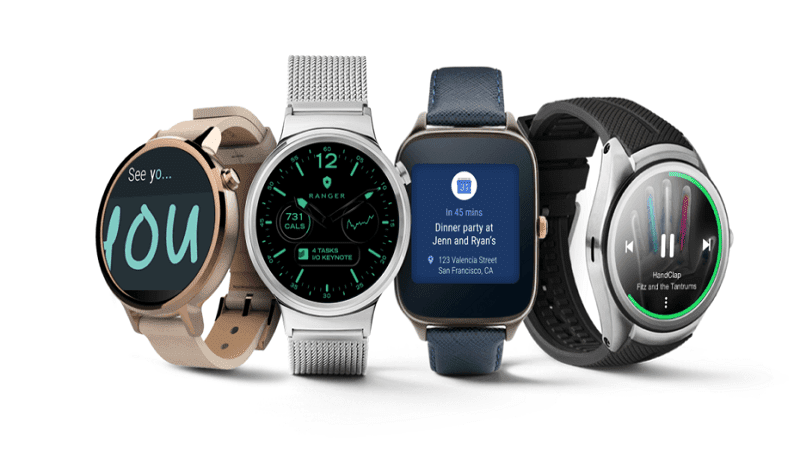 Digital watches have been around for decades, some with abilities like calculators and unit converters. It has only been a decade since tech companies had begun introducing watches with smartphone-like functions. Apple, Samsung, Sony, and other major players have been developing and distributing intelligently engineered watches. Miniaturized silicon device advancement gave the opportunity to other kinds of purpose-dedicated smartwatches. Some companies, for instance, have developed smartwatches that are more robust and optimized with sensors and trackers to support frontier and back-country expeditions, while have specially designed for scuba diving that can withstand extended time at significant depths. New technological innovations are adding more features to smartwatches which is increasing the demand for them. This demand is expanding the smartwatch market.

What Are Smart Watches?

Smartwatches are technologically engineered networked computer watches with an array of sensors that have smartphone-like features, such as touchscreens, offer apps, and record your heart rate and other vital signs. They can be connected to smartphones that notify users of incoming calls, e-mails, and app notifications, playing music, tracking health and exercise variables, etc. They are equipped with different sensors and algorithms that are capable of performing specific functions. Some smartwatches also have features like calling and receiving calls with an in-built microphone and speaker that allows them to talk through the watch, and even reply to text messages. The Apple Watch models induced the usefulness of wearing a mini-computer on the wrist which prompted more consumers to appreciate smartwatches. In addition, smartwatches specially optimized for outdoor activities often stand superior to other bulkier devices in an adventurer’s tool kit.

Generally speaking, smartwatches occupy two niches in the smart wearable devices market. First, a general smartwatch, for example, Apple Watch, has mingled functions. They’re designed as a substitute for mechanical wristwatches and are heavily smartphone-dependent. They act as a support device for the phone that you can wear on your wrist.

The other niche includes watches designed for specific use cases. These offer a more robust and sturdy version of the activity tracker as they bleed between a phone-dependent smartwatch and a stand-alone dedicated-purpose smartwatch.

Examples of these specialized smartwatches include:

The smartwatch market is rising enormously giving in to the increasing demand for health and fitness wearable devices. Increasing new technology and features in smartwatches are making more and more people own one or the other type of smartwatch.

How Do Smart Watches Work?

All smartwatches require a smartphone app to be used to their full potential. On your smartphone, you need to install the respective application for your smartwatch which synchronizes with the phone mostly through Bluetooth. Once the devices are connected, you can modify the setting according to your preference and uses, and it will work for you accordingly.

Most smartwatches have the following standard features:

The world is piling up stacks of digital gadgets. Smartwatches still have a long way to go before they can establish themselves as must-have device. Smartwatches will need astounding usability that no other device can match – a product or two that will radically shift our concept of timepieces, for the better – in order to emerge from the long shadows of smartphones.

The Best Methods on How to Recover Files from a Macbook

The Finest Ways on How to Fix Blurry Pictures