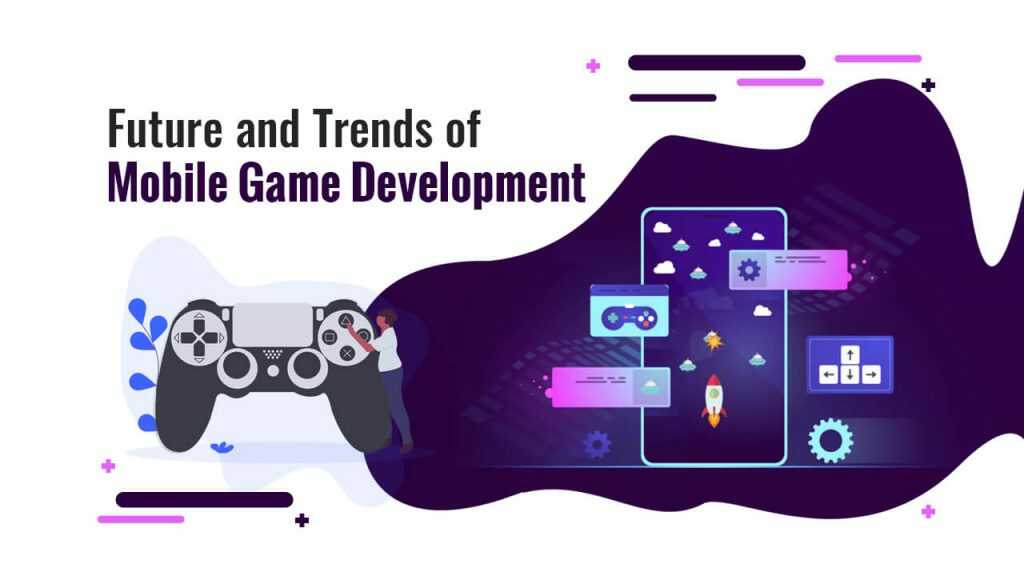 Considering mobile app game development, there are so many expectations we have from 2021. Businesses realized the importance of digital presence recently because of the disease outbreak. For automating the work, several companies accepted the innovation and transformed their operations to meet future demands. All modern and latest trends developers have to keep in their arsenal while working on a game application.

After the inception of mobile devices, the smartphone game market faced an instantaneous surge. Due to the vast number of users, the smartphone gaming industry is earning giant revenue. Therefore, understanding the game development trend to create a mobile game is necessary for the programmer. Also, keeping an eye on statistics comes in handy to develop a deeper understanding. With that, a developer can effectively decide the game type for which they can go.

The growth seen in the usage of mobile applications in 2021 is significant. One primary reason behind this growth is the pandemic situation. As a business runner, you have to remain updated with the technology trends to get ahead in the competition.

Cloud games enter the gaming industry as a modern player. Meanwhile, gamers nowadays prefer playing games on the cloud and want their mobile devices free from storage hassles. With the cloud, they do not have to install a game on their device. Instead, a game can be played live from a cloud server with internet access. This technology perfectly redefines the gaming world.

As already mentioned, a steady and fast data connection is required to access cloud technology. If we consider cloud gaming as a king of the industry, that will be justifiable. Games based on it are online and depend on two key types – Video streaming and file streaming.

Machine Learning (ML) works on algorithms that gain experience by learning with time. It vastly replaced game design, and some popular games that we see today have implemented ML in their cores. However, its potential is still not getting utilized fully.

Many applications have already embraced Machine Learning to make their product smart, but puzzlingly, the game industry is slow to adopt that power. However, 2021 shows signs that a big explosion of ML will happen in the game industry.

This technology is here for years and upgrading its level constantly to deliver more. As a result, it is surpassing everyone’s expectations.

For good, the price of VR technology is inclining downwards on the consumer side, while the advancements in it are rising in an upward direction on the technical side. In addition, there are some games based on VR technology that attracted the audience’s attention. As it is gaining momentum, we see 2021 with a VR headset on every head.

AR is evolving its form, specifically in the E-learning and educational department. Besides automobile industry is also utilizing this technology to prototype their new vehicle models digitally and see their visuals in the physical world without experimenting with expensive automobile parts. Classrooms are becoming smart with AR, and students visualize their study material instead of putting their eyes on a book every time. It also helps them to digest concepts faster as they interact with objects while studying. Our focused area of gaming is also not behind in adopting this technology. Pokémon Go is a successful example of this from the past.COVID’s situation already accelerated AR app development, and in 2021, there will be several AR gaming applications on Google and Apple App Stores.

Game app developers can implement this in smartphone games to provide more engagement and attractiveness to the players with their look-alikes. In addition, mobile game app developers use face authentication systems to uplift the gaming industry.

Cross-platform development is leading due to the emerging multiplayer games need. By implementing cloud technology, gamers can connect their devices like mobiles, consoles, desktop systems, and tablet computers.

It is a trend that every game development company needs to keep up in 2021. With cross-gaming opportunities, companies can work on and introduce new solutions.

Minecraft, COD Modern Warfare, and Fortnite are some popular examples of cross-platform games. But, with no surprise, the gaming industry may face a challenge as several companies prefer to work separately to create their unique and dedicated fanbase.

Many challenges and issues get solved by AI integration in UI (User Interface) design. It effectively bridges the gap between designers and developers. The use of design systems, remote working, and other intermittent factors came up as challenges before that. The utilization of AI tools in software designing eases the designer’s work and optimizes the work progression.

In that context, Adobe, in Oct 2020, introduced a Photoshop update, namely version 22.0. There were five AI-powered features to make photo editing more powerful and enhanced. Because of that, game designers become more efficient in their work and perform tasks much faster and more accurately. Some AI features that Adobe Photoshop brought to us are AI-based content awareness, neural filters, sky filters, discover panels, caption workflow, and speech-to-text. Similarly, photo editing applications like Sketch and Pixelmator also have some AI features to benefit their users.

A competition that takes place between gamers in video games is known as Esports. Multiple players from different geographical locations participate in the competition as a team or individual gamers, and then the tournament begins.

In this era, gaming is becoming a full-time profession for many. Tournaments happen in large stadiums and auditoriums in the presence of audience members, live transmissions, judges panel, and commentators. On video-sharing platforms like Twitch and YouTube, viewers watch their favorite gamers in action. Besides, in their gaming world, pro gamers are considered athletes in their community.

User consumption also influences when games work on the cloud without having a connection with the site. However, the user will make payments for social community access and in-game content, not by the platform itself.

Millennials are aggressively following the trend of wearables. They track their sleep, heart rate, fitness, and step count with that. But now, wearables have found their space in the gaming industry also. The change that they will bring to the industry will be revolutionary. For example, there is a popular game with the name of MadRat that utilizes wearable technology in SuperSuit.Gaming with a wearable-enabled platform tends to reduce children’s screen time. In addition, children’s social interaction also improves with physical activity. Therefore, a wearable is a dimension to the gaming industry that was not expected even in dreams before.

5G will scale the game development on a wider spectrum. It is an innovation every industry is longing to implement as soon as it launches. For streaming platforms, it will be important for reducing latency. With its successful implementation, the streaming of console-quality video games will become possible.

Google Stadia is already growing fast, and when 5G replaces the traditional internet, the player will be able to play more efficiently. In addition, today’s mobile devices have enough capability to handle high-end graphics games, and the experience will shift to a new level when 5G fuels the games.

It is challenging for any new game or software application development company to step into the market alone as many AAA game development companies are dominating this market already. For overcoming this, it’s less important to make a software development kit. New tools can help you in this regard, and thus, game developers working on a small scale can easily come up with their own games.

It is anticipated that there will be more use of blockchain-powered game applications in 2021. It has to offer many advanced solutions to enhance security and transparency and reduce development costs for app development. In addition, many game companies utilize the blockchain to provide safety and a high level of encryption to a gamer.

So, these were some trends on which the game industry’s future relies. There is little wait, and we soon will see them transforming into reality.

The Best Methods on How to Recover Files from a Macbook

The Finest Ways on How to Fix Blurry Pictures