What are the benefits of a standing desk? 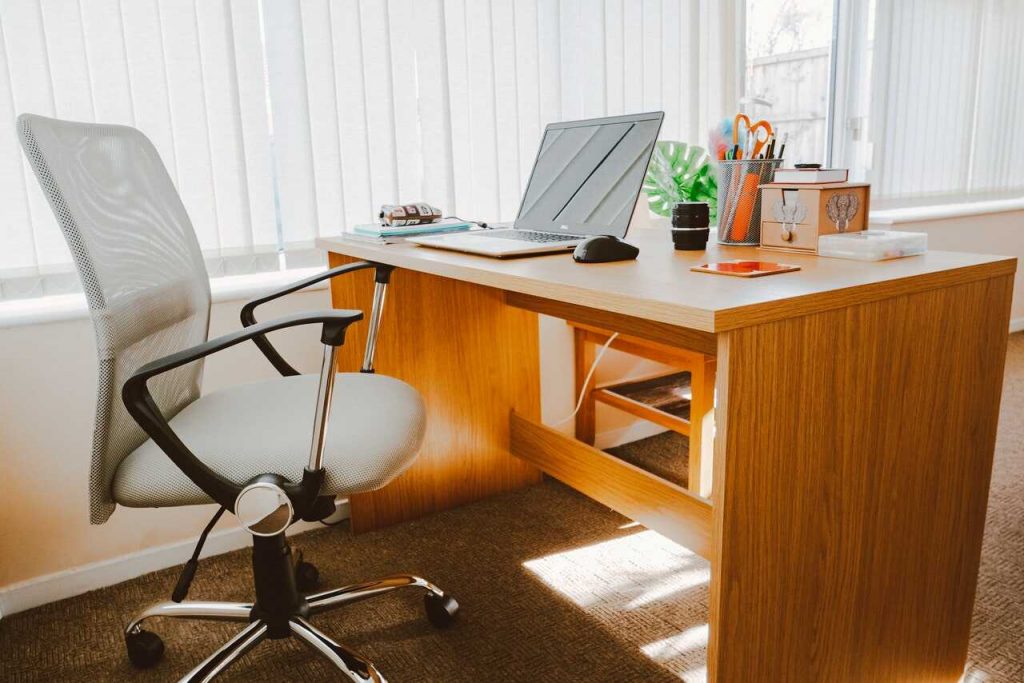 After being forced to spend extended periods of time stuck inside, only leaving the house to go to the shop or fit in our daily walk, many people have found themselves living much more sedentary lifestyles which have continued since the end of the pandemic. The pandemic has revolutionised many aspects of work, from what we do to where we do it, and with a heightened focus on health in our personal lives and the media, there is a growing spotlight on how we do it. Standing desks and their potential benefits are not unheard of, especially since spending too long sitting has been linked extensively to increased health risks.

A standing desk can help reduce back pain

Spending a prolonged amount of time in any position is likely to result in some kind of issue, from mild discomfort and cramps to chronic pain. Working in an office or spending evenings in front of the TV, or both add up to a lot of hours spent sitting in an office chair and likely slouching. It’s important to introduce some variance to your position and the easiest way to do this is by mixing your sitting with some standing. A study showed that, among other factors, introducing a standing desk to decrease the number of time workers spend sitting functions as an effective treatment for lower back pain.

The claim that standing desks are a good way to counterweight gain and obesity has surrounded standing desks since they began gaining popularity. Unfortunately, a study, from 2015, shows that the actual number of extra calories burned is rather low. So why is this point included? Well, any extra calories burned are a plus, and over the course of a week or a month, it can begin adding up quickly. Importantly, standing is a gateway to other activities: do you want to get a glass of water?

Standing can improve the health of your heart

The link between sitting for long periods and heart health has been documented as early as 1953 by a man named Jeremy Morris. His discovery, that bus drivers who spent their day sitting were more likely to suffer heart attacks than the conductors who spent their day standing, is part of what prompted the popularity of standing desks in the first place. The extra activity undertaken by the conductors is an important factor in this study, but standing, even standing still, often results in more activity than just sitting.

Just as sitting for long periods of time can make you more susceptible to heart-related health concerns, it can come with an increased risk of diabetes according to a study conducted in 2012. Introducing some standing into your routine in thirty minute intervals, particularly after a meal, has been found to be effective at reducing your blood sugar levels.

Standing desks have a beneficial impact on mental health and productivity

At long last, the importance of supporting mental health is being recognised. Wellbeing is not solely physical, but a holistic undertaking that is composed of five pillars of which physical health is but one. We’ve covered the beneficial effects a standing desk can have on your physical health above, but spending more time standing can also improve your mood and help you get more done. Introducing standing desks to a workforce that spends more time sitting, in a study, results in the standing group reporting an improved mood, and assessment of their own health. Because of this, they were even more productive which helped to combat the frustration and anxiety of not getting enough done in a day.

Your body won’t be used to the different strains that standing introduces and spending too long in any one position is ultimately a bad idea. The best way to introduce standing into your routine is gradually, preferably with an adjustable desk that can be used for either sitting or standing. The primary benefit of a standing desk is that it allows you to introduce some variation to your position and lessen any negative impacts that might exist from sitting for too long and, if possible, it’s best to alternate between sitting and standing. Getting the right desk and chair set for your workspace is crucial to keeping you healthy.

Invisalign: Is it the Best Option for Your Smile?

Understanding the Benefits of Dermal Fillers

Hip Pain: What to Do if Your Hip Doesn’t Feel Right